Our fourth day in Japan was New Year’s Eve. We slept in a little later this morning, in preparation of being out late to celebrate New Year’s — we had plans to meet up with Dr. Yoshida to visit one of his friends and do some shrine-hopping.

We started our morning in Tokyo Station, hunting down the famous Character Street — literally a “street” of stores for all the popular characters like Hello Kitty, Rilakkuma, Ghibli, Pokemon, etc. I was in heaven; a money-sucking heaven. 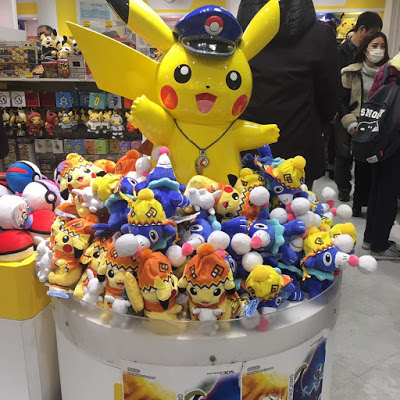 Down the “street”, being that this is indoors, we found a store selling a large variety of Kitkats, the biggest variety in one spot that we had ever found. Naturally, we stocked up on some favorite flavors and some flavors we had yet to try. While I love anything green tea/match flavored, I am a huge fan of the sake-flavored KitKats; they seriously taste like sake and even have alcohol in them. You can’t get the sake ones in the States like you can the match and strawberry ones and they can be pretty pricey on Amazon for that reason.

A month or so before our trip, I found out that not only is there a Gudetama Cafe in Osaka, but there was one in Tokyo too, in Ikebukuro! That is where we stopped next because both me and Colt are Gudetama fans (a Sanrio character, with the most adorable booty); Gudetama means “lazy egg”. I am probably more obsessed with him than Colt is…. At the absolutely adorable cafe where I nearby died from the cuteness, I ordered a latte — that I expected to have Gudetama latte art on it, but was sadly disappointed — and a Gudetama curry; Colt ordered a beef bowl. They were almost too cute to eat. 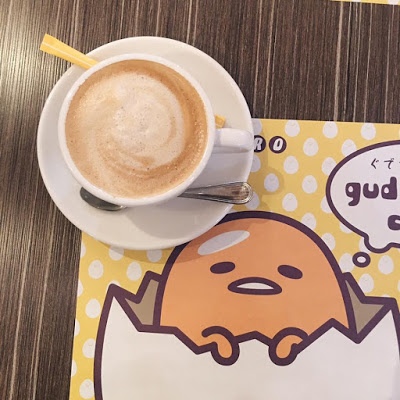 The decoration in the pop-up cafe was so stinking cute. 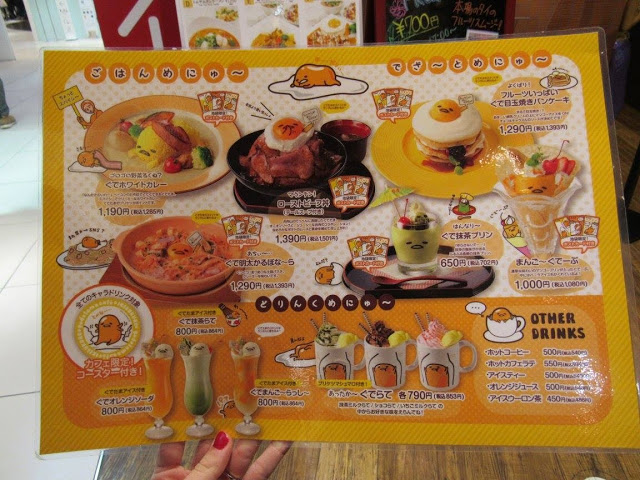 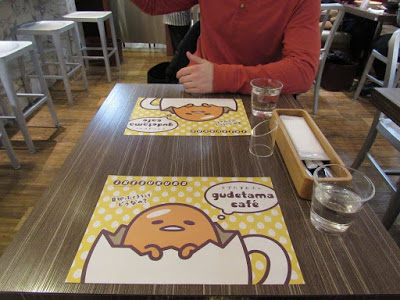 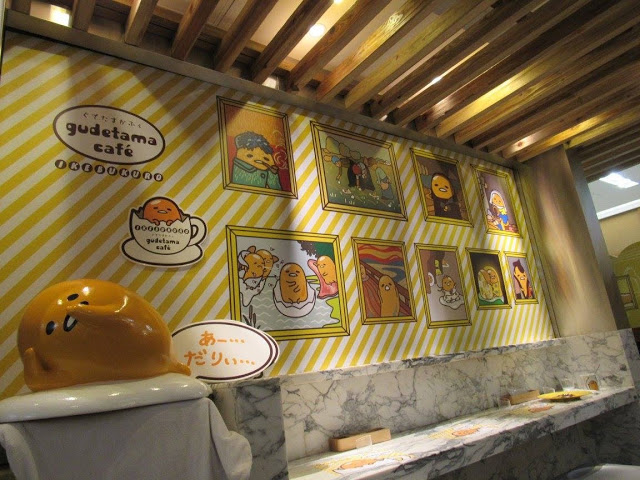 Even got in an “outfit of the day” to show you my New Year’s Eve outfit. Pretty much all black besides my beanie and my sequin skirt.

After the Gudetama Cafe, we stopped by another nearby Pokemon Store in Sunshine City, the biggest Pokemon store in Tokyo and the only one we visited last time. Then it was back to the hotel to drop off all of our purchases of the day and to rest a little before meeting Dr. Yoshida.

We met Dr. Yoshida at eight o’clock and headed to his friends apartment. His friends wife had a lovely, traditional Japanese New Year dinner set up. There was more nabe, sardines, osechi — traditional New Years food in lacquered boxes resembling bento — persimmon seeds, and even sake from Amori prefecture and sake from Akita prefecture. They also had a New Year’s Eve TV program playing with famous Japanese comedians and musicians making appearances, including Gen Hoshino and PPAP…

Thirty minutes until midnight, I slipped my sake-swollen feet into my shoes and followed Dr. Yoshida to the first shrine of the night. Most shrines close at dark, but not for New Years; many people make their first shrine visit of the year at midnight –or up to three days later–, so the shrines were still popping. We ended up being on the train the minute the clock struck midnight, but things were still going way after; we ended up getting back to our hotel at 4:30 a.m., not even bothering to stay up long enough to watch the first sunrise of the year.

At the shrine though, they served this thick, sweet, and very hot amizake. I wasn’t too fond of it and once again had a horrible headache, so the sweetness didn’t help one bit. 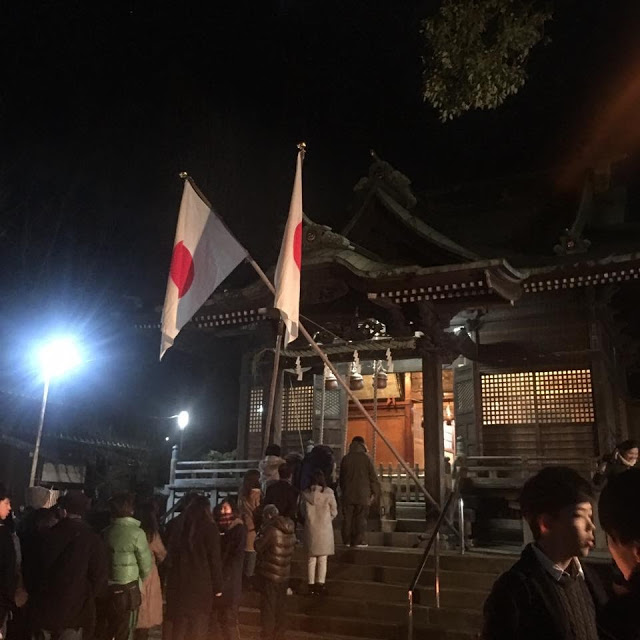 We parted ways with Dr. Yoshida after this first shrine and headed for Harajuku, to visit Meiji Shrine. The lines — or should I say crowds — were crazy, so we never made it to the actual main shrine, after much walking. But we did stop by the stalls they had set up, selling dango and other fair-type foods. 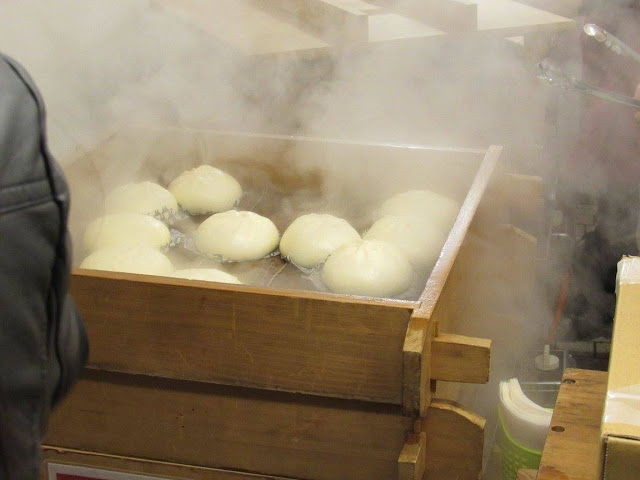 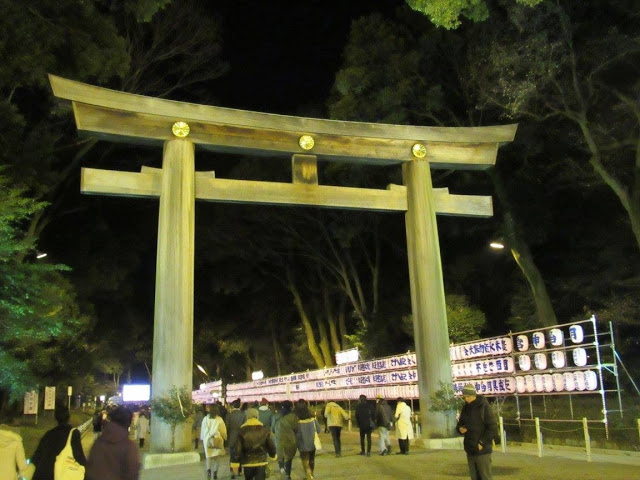 On our way back to the hotel, we passed a Starbucks in the train station selling their Lucky Bags or “fukubukuro” already; it starts on the first, so technically they were right on time. Lucky Bags are very popular in Japan and many stores sell them the first few days of the New Year’s. Usually, the contents are a mystery, but some places are starting to tell you what you can expect inside. It’s usually to get ride of merchandise from the year.

I am so glad I picked up a Starbucks one; I didn’t even have to wait in line to get it like some of my favorite J-Vloggers did. And yes, my feet were killing me in these booties by the end of the night. 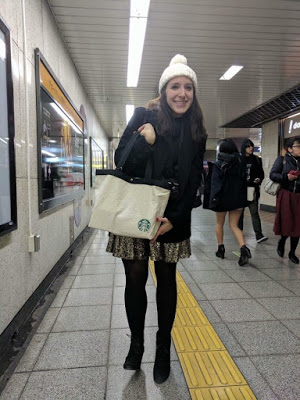 24 years old, Louisiana native. I am a lifestyle, fitness and travel blog. Quite the mix. I love sharing bits of my favorite things from fitness to food to travel, even some fashion too! I hope you like what you read here and stick around! View all posts by Megan Rice